Dissolving a marriage can be a difficult process for the couple involved. When that couple has children, the process can be even more difficult and have a much greater impact on the family. In any marriage separation that involves children, the hope is that the parents can reach an amicable agreement. Ideally, they will establish a parenting plan that settles child custody and visitation in the best interests of the child. If that is not possible, the legal system will take on the responsibility of determining what is best for the child.

If you are separating from your spouse, or are already separated and wish to change a custody agreement, make sure that you don’t face the process alone. Speaking with an expert family law attorney can significantly help your case. At Drury Pullen, A Professional Law Corporation, our attorneys are ready to help you through this complicated process in Santa Barbara, CA.

Legal custody is the order that designates which parent has the rights and responsibilities to make decisions for the child. The two types of legal custody include: 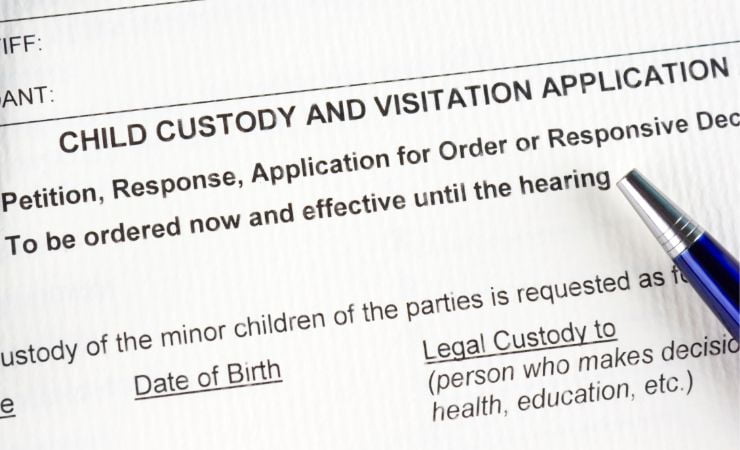 Whatever decisions are made between parents or by the legal system, they must be in the best interests of the child. Because the choices of the parents are not the responsibility of the child, the long-term consequences of those decisions should seek to have the least impact on the child.

When deciding what is in the child’s best interests, there are many factors that should be taken into consideration, including:

Whether through mutual agreement or court order, custody and visitation orders are legal parameters that parents need to follow. While most parents adhere to the orders that are given, there are others who choose to disregard them. If your former spouse fails to follow the directives of the custody and visitation orders, you are entitled to take legal action against them, which can modify the current orders. There are a few common situations that could lead to legal action:

Q: How Much Does It Cost to Go to Court for Child Custody in California?

A: Every case is different, and costs can vary greatly. However, attorney fees generally fall between $3,000 and $20,000. A variable that must be accounted for is the amount of mediation that is needed or the number of court appearances that are necessary. It is best to ask about fees during any preliminary consultations.

Q: How Much Custody Can a Father Get in California?

A: The gender of the parent plays a minimal role in determining custody of the child because it may impact the emotional connection the child has with them. The determination of custody is made to ensure that the best interests of the child are met. Both parents could fulfill those interests. In most cases, the state seeks to award joint custody so that the child can build meaningful bonds with both parents.

Q: What Happens at a Custody Hearing in California?

A: Hearings will last approximately 30 minutes. They generally begin with the judge establishing the procedures for the hearing. Then, both parties will get to speak, starting with the parent who filed the request. The judge will then swear in the parents and ask questions. From there, the judge will decide whether to finalize the case or make a temporary determination while establishing the next steps.

If you are involved in any type of child custody case, whether you are beginning the divorce process or need modifications to already established court orders, you should seek the help of an expert attorney. With knowledge and experience on your side, you can better navigate the complicated and complex child custody and visitation laws. At Drury Pullen, A Professional Law Corporation, we put our expertise to work for you. We want the best outcome possible for you and for the best interests of your child. Contact our offices today and let us get to work on your case.